Visual perception is essential to experience a full life. Along with other senses, it lets people observe and understand the world around them. Although nowadays, eye conditions increase due to individuals’ prolonged exposure to devices like computers, smartphones, and other digital screens that are consistently everywhere.

The growing number of people with visual issues escalates the demand for efficient optical correction methods. That’s why many are turning to LASIK in Bay City.  It is an optimal way of correcting or improving vision. Also known as laser eye surgery, LASIK in Bay City corrects common refractive eyesight problems.

Is LASIK in Bay City the Right Procedure for You?

You may opt for LASIK in Bay City if you are at least 21 years old and are nearsighted, farsighted, or astigmatic. Your eyes should also be in generally good health with no other conditions.  Your state of physical fitness can affect how you respond to LASIK in Bay City.

LASIK in Bay City corrects vision by modifying the cornea with a medical-grade laser apparatus. Refractive surgeons that perform LASIK in Bay City replace the old corneal flap by creating a new one. The treated cornea then allows more light to enter and focus on the retina of the eyes, resulting in better visual acuity after a successful LASIK in Bay City.

LASIK in Bay City poses no troubles as it is a safe and precise operation. Several patients who went through LASIK in Bay City shared that they were able to carry on their usual schedule after a short amount of time. And based on postoperative consultations, the majority of patients achieve 20/20 vision or better after LASIK in Bay City.

The Long-Term Financial Benefits of LASIK in Bay City

LASIK in Bay City eases the need for monthly or annual prescription-related expenses. Over time, it lets you save thousands of dollars. The immediate results of LASIK in Bay City, even with the upfront cost, present more advantages than going through routine check-ups, contact lens changes, and eyeglass replacements.

People go through several pairs of eyeglasses in their lifetime because of normal wear and tear. They also need to update the correction strength of the lenses. Multiply the number of those pairs to its average price of $200 and notice how it can easily exceed the initial cost of LASIK in Bay City.

It’s even costlier for contact lens users, who, depending on the type, need to change every week or after a couple of months. That’s why in the long run, LASIK in Bay City is the more effective, permanent, and economical solution.

See the Difference Between LASEK and LASIK in Bay City

At Andersen Eye Associates, there’s a better version of LASIK. In Bay City, we offer LASEK. It’s essentially the same with other LASIK in Bay City but the only difference is the way it treats the eyes. With LASEK, the top layer of the cornea is loosened, moved, and reattached. It preserves more corneal tissue and allows higher amounts of correction during treatment.

Unlike common LASIK in Bay City, refractive surgeons perform LASEK with a CustomVue WaveFront ablation and a bladeless, all-laser, no-cut, no-flap LASIK. For Bay City residents, LASEK allows for even faster recovery with virtually no discomfort. People with thin or irregular corneas will benefit best from this. LASEK is the best alternative for patients who have reservations towards procedures that require regular LASIK in Bay City.

Experience Clarity Like Never Before With LASEK, a Next-Level LASIK in Bay City

At Andersen Eye Associates, our team of optometrists, ophthalmologists, and surgeons are ready to help you get a brighter and sharper vision. Contact us today and experience exceptional eye care.

Providing complete, comprehensive, and high quality eye care services through a network of practitioners that includes certified ophthalmologists, optometrists, and an ocularist. 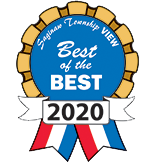